Upcycling, also known as creative reuse, is the process of transforming by-products, waste materials, useless and/or unwanted products into new materials or products of better quality or for better environmental value.

A friend sent a photo of two chairs his mom was planning to throw away. They were hideous. He thought of me as I’ve been learning upholstery over the past year and a half and figured I might want to make a project of them.

Cambridge online dictionary defines project: noun  (ˈpräjˌekt) –  a ​piece of ​planned ​work or an ​activity that is ​finished over a ​period of ​time and ​intended to ​achieve a ​particular ​purpose. I found a second definition of the word describing a large or major undertaking, especially one involving considerable money, personnel and equipment. 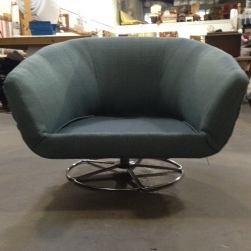 Perhaps from the early 70’s, or even the 60’s these rounded low chairs are seated on a chrome swivel base that was heavily rusted, but with some elbow grease, polished up quite nice. After removing the original fabric and the innards, I found the wooden “skeleton” in pretty good shape. A few reinforcements with screws, braces and glue gave added insurance that these chairs would last a couple more generations of  seating while sipping Martini’s or beer, eating popcorn on movie nights, game nights, conversing with friends or maybe even falling asleep.

Years of rust in need of elbow grease. 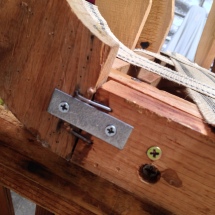 Gotta make it nice and cushy.

A new technique for me. Turkish corners. 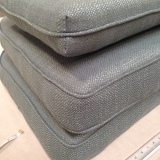 I was complimented when a friend said she wanted to spend a day watching me paint, and/or paint with me, see how I work….. Is there a method to my madness? I decided to follow the progress of a painting taking photos as I went along.

Often I find I overwork something then wish I could press the “undo” button and go back a step or two. That’s when my husband might question why I didn’t put my signature on it and hang it on the wall several iterations ago.

I imagine many artists

have a desired “look” or “feel” they want to achieve. Some point of measure that is known only to the artist herself,  and until that point is reached, the signature may remain lost in the hairs of the brush.

This particular project went from palette to canvas with relative ease.  I don’t really know why one painting can be completed in a couple of hours, while another takes months of frustrating do-overs? I’m pleased with how I was able to capture the sun on her knee. 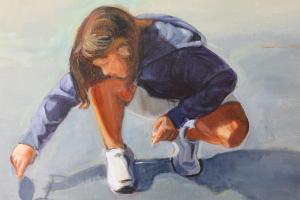 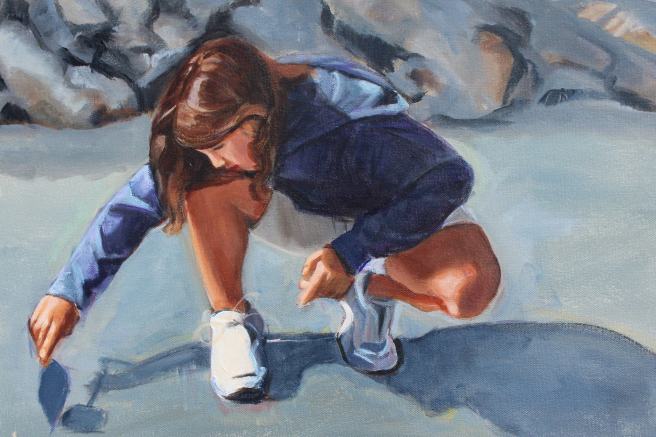 Join 1,568 other followers
Follow The White Pot on WordPress.com